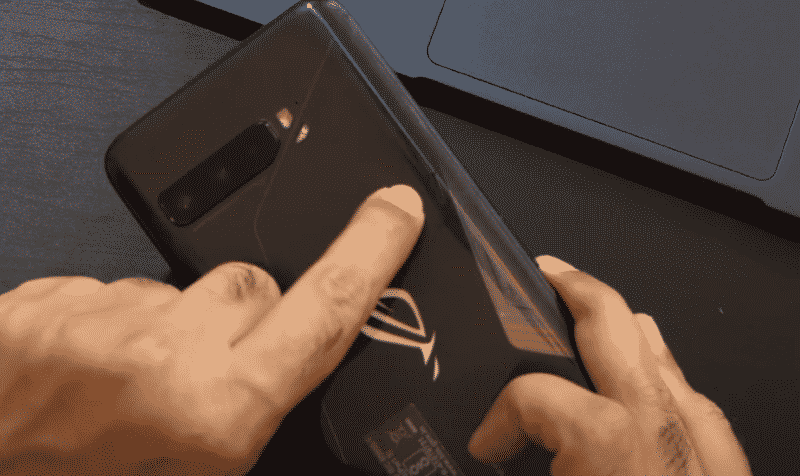 Hi guys, Welcome to TECH STORY PART 2. In this Article we’ll be doing a FAQ on this Asus Rog Phone 3. Now it’s been several months since I’ve been actually using this phone. This is one of those phones that I enjoyed using quite a bit in 2020. So again I asked some of you if you have any specific questions posted about them. so now it has got multiple updates. In fact i just got a new update yesterday.

Let’s see how it fades now and Asus is also now going to be launching one more new variant of this phone earlier. we had the 8GB with 128GB of storage and 12GB was with 256GB. we’ll also have 12GB of ram with 128GB of storage that’s a new variant that will be for 53 000. It’s launching during the big billion day and it’s raining like crazy. I hope the power doesn’t go so let’s start this.

Q1: Comparison to the Rog Phone 2 how much improved is the camera quality? have you by any chance tested the camera using the gcam mod?

Side by side I did not compare ASUS ROG Phone 3 with the ASUS Rog Phone 2. but in rough estimate the camera is specifically, the rear facing camera is improved compared to the rog phone 2 and this does support the G-CAM. but personally i haven’t used the G-CAM but i’m assuming if i use the g cam yes the camera quality and performance should actually improve.

Q2: Is it still having any focus hunting issues while recording video?

No, it does not have that that was fixed i believe long time ago. T

Q3: How’s the software experience? And is there any commitment from asus how long are they going to put software updates for like two or three years for this?

I approached Asus india regarding the update situation and this is the answer that i got. they said that this phone will get two years of software update and they also said to me that the android 11 update will be coming out to this smartphone very soon.

they didn’t specify the date but they definitely told me two years of software update. The software experience has been good on the smartphone. it’s almost close to stock android I’ve installed tons and tons. I was using this phone quite a bit and it’s been working fine very fluidly. i don’t notice any hint of laggings or anything on this phone.

Q4. Apart from Gaming performance. how well the ROG 3 handles thermal throttling? because an ROG 3 i think there is no active VENT at least which ROG phone 2 has.

Rog 3 actually also has an active vent if you notice. so we do have that. it also has that active cooling but it’s slightly sort of hidden on the rog phone three and it’s been performing fine. I did not experience any thermal throttling issue. I mostly play this game with cod and just because of this smartphone i played the call of Duty mobile quite a bit.

Q5. Can we use it as a daily driver? i’m not a gamer but the specs on this phone appeal to me. i feel it will be easy to last about four or five years. currently he says he’s using the pixel xl.

Overall yes it’s a pretty good smartphone. it’s a flagship smartphone. The only thing that is not flagship on this one is it does not have an ip rating. but apart from that it’s overall a very good phone the stereo speakers are amazing. i’ll actually play a clip later on one of the loudest and because it’s proper front firing speakers. we get a very immersive and the stereo separation is also very good speakers haptic feedback.

Again is very good and because of the snapdragon 865+ blazingly fast one of the fastest. This one actually has a ddr5 ram which is faster than ddr4 that is used on most phones. so blazingly fast performance as i’ve told you. i’m using the eight gigabyte this is the eight gigabyte ram variant handles everything without any issues and battery life because of that six thousand milliamp hour battery excellent battery life. even for heavy users it should last about one and a half days. if i don’t do gaming i can easily pull it for about two days on this one and yeah overall it’s a very good smartphone.

If you’re looking for a big size smartphone, great battery life and great speakers it’s a good smartphone. as i’ve told the only con. In real life usage is no ip protection apart from that it’s a pretty good phone.

Q6. black crush issue how is it and will it get resolved any update from asus official?

yes the black crush issue was quite evident when the phone was launched. in fact with even the couple of updates it didn’t get solved. I noticed it quite a bit while actually using the Netflix app so it was an issue with the Netflix app. I noticed that quite a bit. In fact a couple of updates ago i don’t recall it went down quite a bit. but now this is the latest update that i just got yesterday and i even checked with ASUS about the phone. it’ll show us anyways of it for fair information as you can see the build number. if the last one is 0.78 and above ASUS also said that this black crash issue has been solved.

According to them what was happening is that this has high level of calibration from the factory itself because it’s having that 144 hertz panel but the problem with some of the streaming apps like Netflix etc. was that they were bypassing the calibration what was done on that and they were doing their own auto brightness stuff and that was cause seeing an issue. The black crush issue has been almost solved. i was facing it quite a bit earlier with Netflix.


Q7. If you get a chance will you buy this phone over any other phone in this price range? have you tried charging the device with both the usb port?

If you try to charge it from both the ports it will only charge from any one port. it will stop charging from this port. And if you are looking for a powerful android smartphone. what is the base price of this one around 50,000. What are the choices that you have apart from if you don’t want Chinese phones? What are the options that you have? this is the one that you have for the snapdragon 865 plus and what is the other option if you want a good flagship sort of phone.

you have Samsung but Samsung is mostly putting their exynos 990 soc in most of the flagships that are officially sold in india and i just don’t want to go about the exynos 990. what other options do we have so i feel yes this is a very good smartphone at that 50 000 price point. if you really don’t want any other Chinese vendors or something like that due to whatever data issues or whatever privacy.

Did you see better loading time force call of duty on this rog phone 3? how did the gaming specific features help you in your experience?

I didn’t compare the loading of  call of duty mobile on this and other smartphones. but it was fairly fast, the storage is very fast on this one i believe it’s ufs 3.1 and again ddr5 so loads the games fast. The thing that I like with these rog phones is this is a trigger that gives you undue advantage in games. if you guys know i mostly play games via console so i’m used to controllers on that. and this a trickles tries to actually simulate that.

That’s the reason I played call of duty quite a bit on this one because of the triggers I was having undue advantage.  so if you are sort of a gamer yes the triggers make a huge difference. and now you can actually split the triggers between two actions if you want. earlier on the rog phone two that was not possible  so you can even use the slide option and you can customize it so a trigger is the thing that really makes a difference.

Apart from that i felt that the speakers are excellent on this one and also the haptic feedback is really really good on this. and again that’s a six thousand milliamp hour battery.

Yes I definitely  missed the 3.5 mm headphone jack that is missing on the rog phone too. It was a bad move in my opinion.

How’s the ram management?  Is there any drop in fps when too many games are installed like cod and pes?

Ram Management has been good as i’ve mentioned even earlier. This is the base minion that comes with 8 gigabytes of ram and even with this one I never had an issue of ram management on this smartphone and again loading is fast because the storage is really really fast on this one that it comes to ddr5 memory so no issues with that but yeah now we have the option of the new 12 gigabyte ram variant also. so if you really want that you can go with that that’s going to launch in the big billion day.

But frankly speaking i did not have a ram management issue or anything even with this base 8 gigabyte ram variant though i even have the 16 gigabyte international variant that was sent to me but i’ve been using this one no issues of ram management. u in my next video take care guys